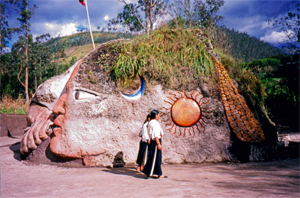 In 1999, as work on the second World Wheel began, a Wisdom Center was started in the Andes of Ecuador. Visitors to the tiny Otavaleñan village of Peguche, high in the Andes, will find a two-story stone sculpture of “Achili Pachacamac,” their pre-Incan deity carved with the help of the village. Three new projects flourished; an indigenous women’s group called, “Hwari Marki (Women’s Hands)” that helps single women develop crafts to sell so they can be independent; a charming bed and breakfast inn; and a school for the Otavaleñan children to preserve their culture. 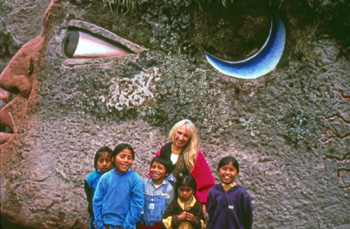 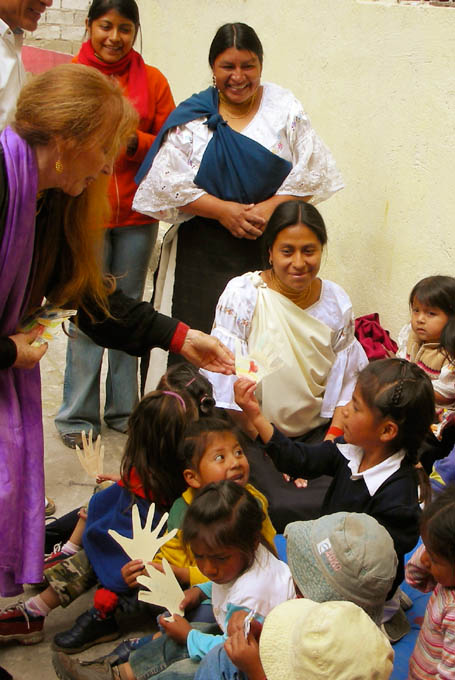 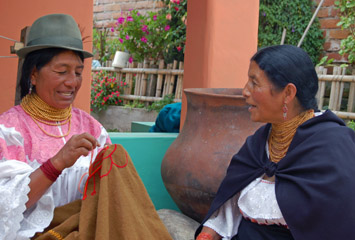 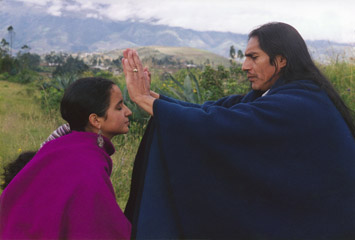