In 1999 Vijali began the second World Wheel, Global Peace Through the Arts, which circles the planet. 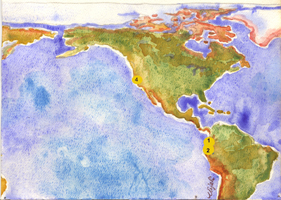 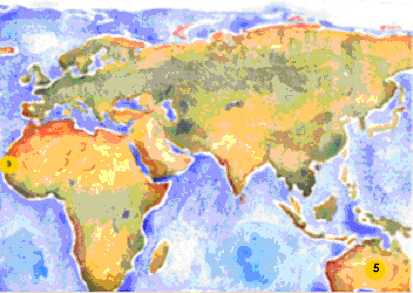 These projects continue to create art in twelve new countries with the focus on preserving indigenous cultures, which is necessary for the survival of our planet. World Wheel Wisdom Centers are forming as a crucible for the cross-cultural emergence of wisdom. The second World Wheel is dedicated to our children of the planet.

“In meditation (in my cave) I saw another circle around the planet, this time close to the equator. Twelve new countries formed a second World Wheel. As the hours passed the conviction rose in me that my question prayer had been answered, and that it was the children of our world who were calling.”

“I left the cave and went  to the hogan where I kept my world globe. My eyes fell on the equator as I turned the globe. I knew then, as I had known thirteen years earlier when I began the first World Wheel pilgrimage, that this would be my way of walking peace for the next period of my life – perhaps until my death.”